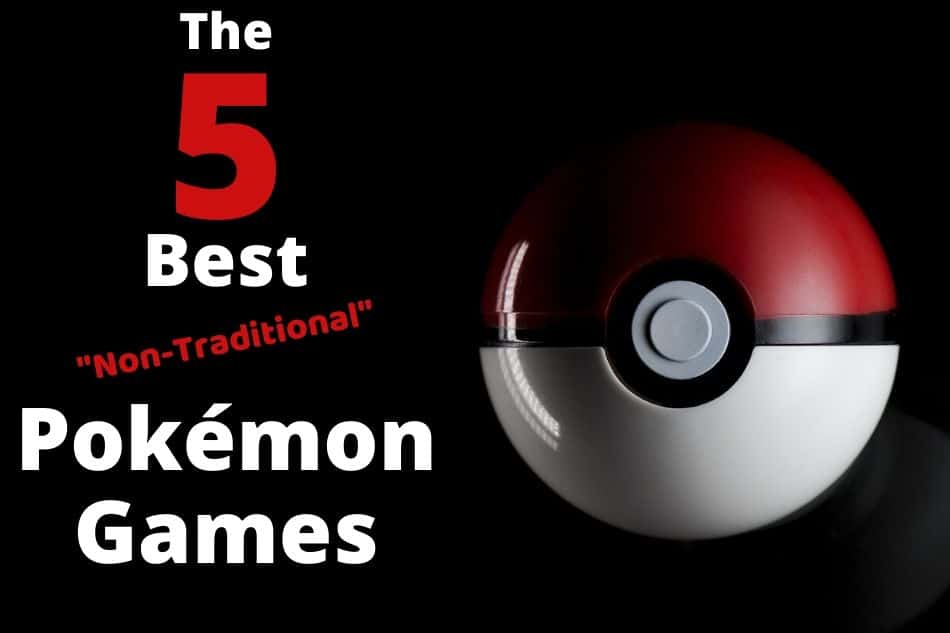 This past year, the release of one of the most anticipated video games of all time, Pokémon Sword and Shield for the Nintendo Switch, has cemented, once again, the franchise’s title as the most successful entertainment brand the world has ever seen.

After more than two decades and dozens of releases across various media, including physical trading card games and even live-action films, most people are aware that Pokémon are here to stay.

If you have played Pokémon, you will know the game mechanics and style have not changed much. Today we are going to delve a bit deeper into the world of spin-off titles

These are titles that stray off the beaten path of what makes a traditional Pokémon game and they succeeded. All of them have been produced by the most imaginative and daring companies in the industry.

These titles have redefined the Pokémon experience, and in many cases, they have been just as loved and adored by the masses as the main-saga titles have been.

Ok. It’s not a video game, but it is a “game” and considering how well Nintendo was able to make the just from the TV screen to physical playing cards, it deserves the top spot on this list.

The Pokémon TCG is a competitive two-player collectible card game based on the mainline Pokémon video games. The first edition of the card game was launched in 1996 in Japan, and due to its monumental success, it was released in the United States and Europe three years later.

The Pokémon TCG owes much of its continued success on two factors. The first is that the launch of new expansions and the introduction of new cards generally coincides with the launch of further installments in the mainline video game saga.

The second factor is that in any given Pokémon Trading Card Game duel, players take on the role of a full-fledged Pokémon trainer and use their chosen Pokémon cards as well as various trainer abilities to inflict damage and status conditions to their opponents.

Launched in 2000 for the Game Boy Color, Pokémon Puzzle Challenge featured the newest Pokémon from the then recently-released Pokémon Gold, Silver, and Crystal games.

Pokémon Puzzle Challenge relied on the tried-and-true game mechanics of games like Tetris Attack, where players form chains of colorful blocks to prevent them from reaching the top of the screen.

Just like in Tetris Attack, the player achieves combos by combining blocks of the same color, and the more combos that you complete, the more damage the enemy takes.

The game also has a multiplayer variant, as well as several sub-modes: Marathon, Challenge, Time Zone, LineClear, Puzzle, and Garbage!.

Pokémon Puzzle Challenge was one of the first Pokémon spin-off games I ever played, and it seeded the idea in my mind that the world of Pokémon was as vast as the imagination.

Pokémon Pinball was the first official spin-off game to be released in the West, and as the title suggests, Pokémon Pinball is a daft little Pokémon-themed pinball game.

The approach was simple: a Pinball game based on the Kanto region, with two boards to choose from (one red and one blue) and 150 creatures to capture. Bonus boards, fanciful streaks, improvements to the Poke Ball were all addictive elements that made Pokémon Pinball a great deal of fun.

Unlike other traditional Pokémon games, in Pokémon Pinball, you have to achieve specific feats inside the board to capture or evolve your Pokémon and complete the Pokédex.

Few Pokémon spin-off games have generated more excitement amongst fans than Pokémon Stadium did when it was announced.

Launched on the Nintendo 64, Pokémon Stadium brought the adorable 2D sprites of the Game Boy systems into the magical world of 3D.

Pokémon Stadium is all about combat. It is the purest expression of being the very best Pokémon trainer.

There are no Routes to travel, no RPG mechanics to decipher, just beautifully animated adrenaline-fueled Pokémon combat!

Pokémon Snap is likely the oddest Pokémon title ever made (and one of the most popular).

In Pokémon Snap, our beloved Professor Oak, in his quest to learn everything there is to learn about Pokémon, hires the player to travel to Pokémon Island to document and photograph dozens of Pokémon in their natural habitat.

Pokémon Snap functions like an On-Rail Shooter, think House Of The Dead or Star Fox, except instead of guns and ammunition, you use a camera and film!

Considering the console mechanics of the Wii-U, 3DS, and Switch it is hard to understand why Nintendo hasn’t gone ahead with a sequel. Could you imagine an AR/3D Pokémon Snap on 3DS? Guess we will have to keep waiting.