The SNES Classic Edition is a replica of the 16-bit wonder that was the 1991 Super Nintendo Entertainment System. Running on modern emulation software, the SNES Classic is a nifty little demonstration that Retro is never going to stop being cool.

The SNES Classic comes preloaded with 21 of the best games to have graced the console.

Fans of the Super Nintendo are now able to play such classics as Donkey Kong Country, Contra III, F-Zero, A Link to the Past, Secret of Mana, Star Fox 1 and 2, Super Mario World, Super Mario Kart, Super Metroid, and several more in 720p resolution!

However, the original SNES had a library of more than 720 titles. This means that around 700 games that could have been included in this new version were left out. And that’s more than a bit disappointing if you ask me.

Including ALL the games in the Super Nintendo library is likely not feasible for several reasons, but what if the system had come with at least 5 more games? With so many to choose from, which games would be worthy of joining the list?

The first Mortal Kombat game was shocking because of the never-before-seen levels of violence, but the second installment in this legendary franchise was a shockingly good game as well.

Fights were quick, well animated, and gorgeously bloody. The SNES Classic comes preloaded with Street Fighter 2, another fantastic fighting game, but that is not enough. The fact that MK2 was left out is unforgivable in my book.

The sequel to the revolutionary Donkey Kong Country game from 1994 took the franchise, the genre of side-scrollers, and the SNES’s graphical capabilities to the next level.

This time around you play as both Diddy Kong and his girlfriend Dixie Kong, as they go on an epic adventure to rescue Donkey Kong from the cruel King K. Rool.

Running, cartwheeling, jumping, grappling, and swinging through varied and colorful levels was an absolute joy.

Emerging victorious from the various imaginative boss fights were thrilling. And the musical soundtrack is, to this day, one of the very best the medium has ever produced.

Speaking of platformers, how can we forget the amazing Aladdin? Released in 1993 by Capcom, you play as Aladdin himself as he makes his way up and down the alleys of Agrabah. The Cave of Wonders and Jasmine’s magic carpet ride also make an appearance as exhilarating and memorable self-scrolling stages.

The gameplay is solid, the movement is tight, and the graphics are gorgeous. The game offers a romping adventure where you jump, swing, hop, and throw apples to your heart’s content.

Disney’s 1992 Aladdin was the first movie that I saw in a movie theater, and every time I play this game I am filled with the same boundless sense of wonderment that I felt that day.

Turtles in Time is arguably the best scrolling beat ’em up to ever grace a home console.

Designed as a direct sequel to the original Arcade TMNT game, Turtles in Time puts in the shoes of our favorite teenage mutant ninjas as they fight classic enemies and never-before-seen foes in gloriously animated levels.

Who can forget the first time they threw a Foot Soldier and smashed his face against the screen?

You could control all 4 turtles. Gameplay was super tight and the action was fast-paced mindless beat ’em up fun.

The plot is nonsensical if you really think about it. But why would you? You choose your favorite turtle and travel through time, fighting the likes of King Rat, Bebop, Rocksteady, Shredder, and many more! What’s not to like?

Here is the story: Detective Maui Mallard, played by none other than Donal Duck, seeks to get away from his ho-hum job and enjoy some rest and relaxation on a remote tropical island.

However, little does he know that the ancient and sacred idol Shabuhm Shabuhm is stolen. Now the island and its inhabitants are in peril and the only one who can save them is our hero.

Gameplay consists of typical platformer shenanigans such as running, jumping, dodging, etc. However, the most distinctive and memorable feature is Maui’s ability to transform into the agile and deadly ninja Cold Shadow!

Cold Shadow relinquishes Maui’s handy pistol for a hard-hitting Bo staff which gives him an array of melee range moves and level traversing abilities that allow him to reach previously unreachable nooks and coves.

You will spend most levels transforming back and forth between Maui and Cold Shadow in order to make the most of each character’s particular move-set.

Maui Mallard In Cold Shadow is by far my favorite SNES game and one of my top 10 games of all time. I like this game so much that if it were up to me, it would be included, not only in the SNES Classic but also in every single video game platform ever made. 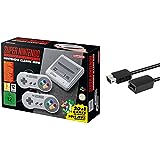