What’s In The Box?

Let’s face it, getting a gift is one of those rare experiences in life that no one really seems to get tired of.

And, why should it?

Be it something as simple as a homemade apple pie, gifts can be a wonderful reminder of just how special we are to those around us. Especially if that gift happens to speak to our love of all things geeky and retro.

However, there is no denying that finding something worthwhile and reasonable within this particular area can certainly be a challenge from time to time.

Some items can be quite expensive nowadays, and harder to find than the Holy Grail itself. Does this mean that all hope is lost for those fans and collectors who long for the iconic characters and beloved IPs of the ‘60s, ‘70s, and ‘80s? Not a chance!

Here is a list of 10 Awesome Retro Gift Ideas

They’re geeky! They’re great! And, they won’t break the bank! That’s because all of the gifts featured here can be found on Amazon!

Check them out below… 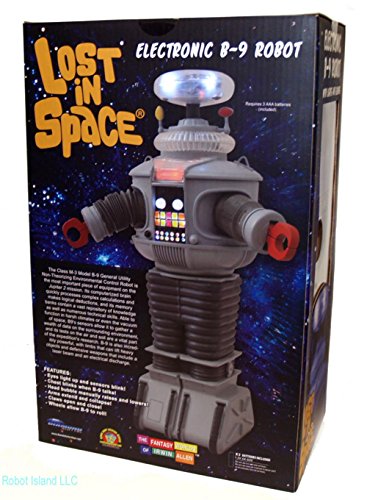 From the classic Irwin Allen series Lost In Space comes the fantastic Electronic B9 Robot from Diamond Select Toys. Standing 10″ tall and featuring a selection of lights and sounds taken directly from the beloved 60’s TV show, this is one that belongs in the collection of every science fiction fan!

Available from comic and specialty retailers in two distinct versions, B9 also features a moveable head, hands, arms, torso, and wheels that allow him to be rolled about.

Crammed full of show-accurate details that are certain to appease even the most critical of enthusiasts, and encased in collector-friendly packaging, this one embodies everything that fans loved about the iconic automaton. 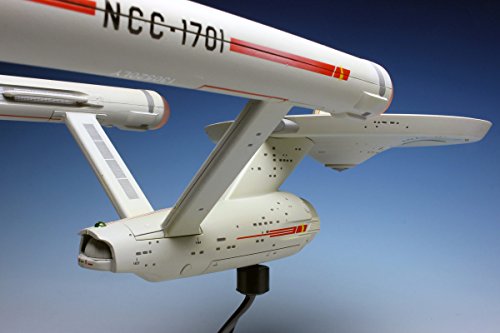 To Boldly Go Where No Man Has Gone Before!

Diamond Select Toys has been churning out a wide array of collectible Star Trek ships for years now – and none is more iconic than the original U.S.S. Enterprise!

There are more than a few versions of Captain Kirk’s classic ship available, but it is the 50th-anniversary one that takes top marks amongst fans and collectors!

Measuring 14″ long, this particular piece sits atop a plastic flight stand and features new surface detailing that was missing from previous releases! In addition, longer voice clips and new light-up capabilities are included.

This is the ultimate version of one of pop culture’s most beloved ships – and you owe it to yourself to add at least one to your collection as soon as possible! 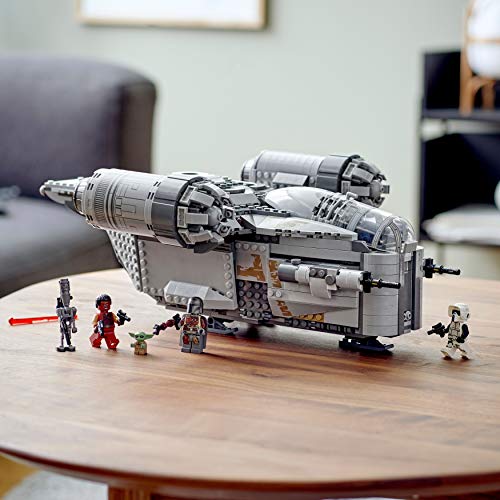 This Is The Way!

LEGO has been a staple of the toy industry for decades now, bringing fans and collectors a wide variety of building sets both licensed and unique!

With their newly announced Razor Crest, the action and adventure of The Mandalorian comes home as never before! Comprised of 1,023 individual pieces, the finished model features plenty of authentic details ranging from a cargo bay, spring-loaded shooters, and even an escape pod!

Five collectible LEGO Star Wars characters are also included in this fantastic set, which is certain to hit all the right feels of the Star Wars fan in your life!

NECA Back To The Future Figures 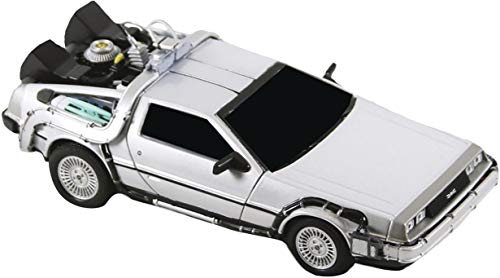 That’s The Power Of Love!

This year officially marked the 35th anniversary of Back To The Future!

To celebrate, the fine folks at NECA have released a series of 7″ collectible action figures based on some of the most beloved characters from across the iconic film trilogy – each featuring an array of character-specific accessories, premium sculpting, collector-friendly packaging, and more!

If you were a kid like me growing up in and around the mid-80’s, there is no denying you hoped and prayed to see Back To The Future figures at your local toy store. Now, NECA has made those dreams a reality with an impressive selection that is certain to have you longing for the days of cassette tapes and acid wash jeans! 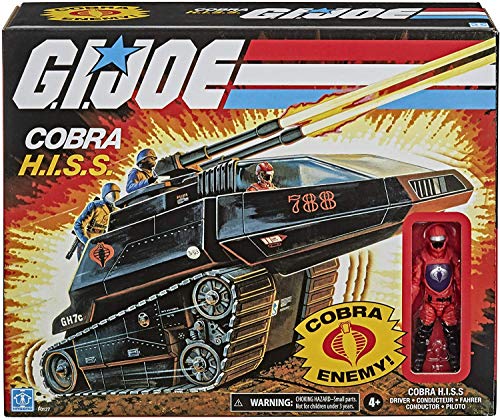 After far too long an absence from store shelves, 2020 was a big year for the GI Joe brand!

Not only did it see the release of a collector oriented line of 6″ action figures in the same format as Marvel Legends and the Star Wars Black Series, but it also brought back a retro collection of 3.75″ figures that seem to be snapped off of store shelves at an alarming rate!

Featuring a modern design mixed with a classic feel, these are the GI Joe figures and vehicles you’ve always wanted!

Whether you’re new to the franchise or an 80’s kid looking to bolster the ranks of your collection, Hasbro’s GI Joe Retro Collection has something for you! Take the battle to Cobra one more time! Yo Joe! 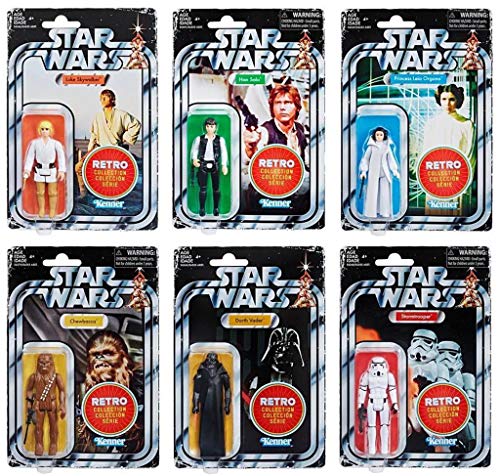 The Force Will Be With You!

Featuring classic designs and simplistic articulation that call to mind their vintage counterparts, this is a series of action figures that fans have searched high and low for in order to obtain!

Great for collectors of all ages, this line of retro characters is a perfect callback to the toyline that turned the industry on its head more than four decades ago!

While they may not have the same sculpting and detail as their Black Series or Vintage Collection counterparts, Hasbro’s Star Wars Retro Collection makes up for all of that with enough vintage charm to fill an Imperial Star Destroyer!

Add to that some brilliant card art for all you mint in box fans out there, and you’ve got a line of action figures that is certain to appeal to every last Star Wars collector in the known galaxy!

There was a time when MEGO was once the undisputed king of the action figure market. And now the brand is back, thanks to Marty Abrams, bringing with it a massive selection of beloved characters both old and new alike!

From James Kirk to Joe Namath, MEGO has hit the ground running here in 2020 and is showing absolutely no signs of slowing down. So, why not get in on the fun and experience the charm and simplicity of a bygone era – before we were all too busy to enjoy things?

Again, these may not have the same sculpting and detail of many modern-day action figure lines. However, the amount of vintage charm that these fantastic figures bring to the table is certain to put a smile on the face of any fan!

2020 may be one of the strangest years in recent memory, but there is no denying that it has also allowed for the return of some of the most beloved brands in pop culture history!

Case and point, Micro Machines! Throughout the ‘80s and ‘90s these scaled-down toy cars were all the rage – even giving the mighty Hot Wheels and Matchbox offerings a run for their money at the toy store.

Now, Jazwares has picked up where Galoob left off and brought the Micro Machines collection back full force!

Available at major retailers for under $20, this new generation of Micro Machines cars offer up a near-perfect blend of slick styling and vintage appeal that fans are sure to go nuts over!

Proof of how to properly bring a beloved brand back from the dead, the new Micro Machines assortment is a victory lap for Jazwares and fans alike! Now, if only we could get some commercials back on the air with John Moschitta Jr. What say you, Jazwares? 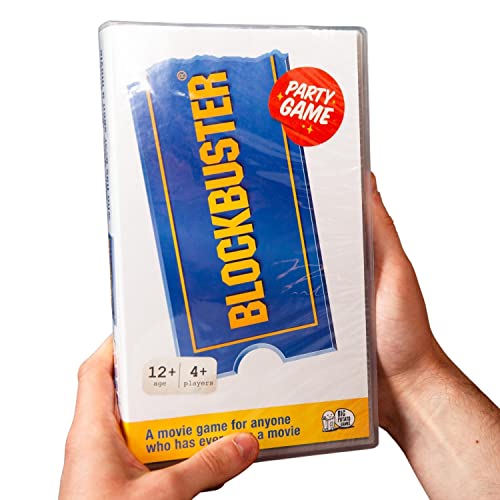 Ah, Friday nights in the 1990s! Before the days of streaming, that meant jumping in your beat-up baby blue 626 and visiting the local Blockbuster video for the latest in all your entertainment needs!

While the chain may have gone the way of the dinosaurs since then, Big Potato Games brings back the golden age of home video rental once more with their Blockbuster Party game!

Let the good times roll with a two-part competition starring all the movies you know and love! Will you win the Movie Buzzer Battle? Emerge victorious in Triple Charades Jeopardy? Grab the Blockbuster party game and find out!

Includes 260 game cards, an electronic timer, a game board, a Blockbuster sign, and more! Membership card and weird carpet smell not included! 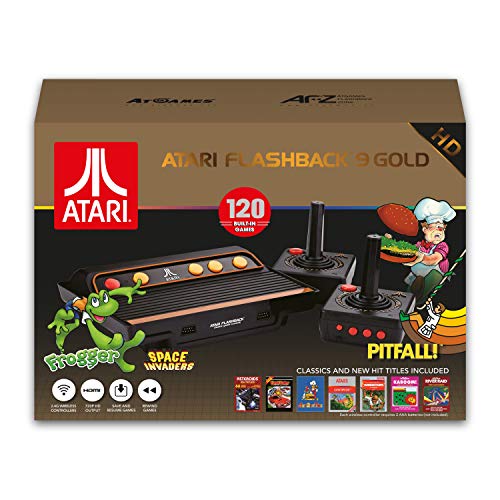 Retro gaming systems are all the rage nowadays, and if you want to take a deep dive into the world of electronic entertainment look no further than the Atari Flashback 9!

The reproduction console is super light and comes preloaded with 120 classic titles from the golden age of gaming. Sure they may be simple in their execution, but they’re also certain to provide hours of fun as you look to master timeless titles ranging from Seaquest to Space Invaders!

Featuring smooth scrolling graphics and flawless controller response, the Atari Flashback 9 is all sorts of fun and harkens back to the days when all you needed for an afternoon of fun and amusement was little more than a fist full of quarters!